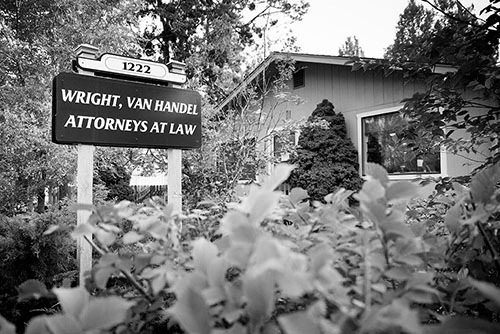 Defending yourself against criminal law accusations can be an overwhelming challenge. Valerie Wright and Patrick Flaherty will use their expertise and passion for criminal defense to guide you through the process. Our law office is located in Bend, OR, but we’re here to offer guidance to individuals who live anywhere in Central Oregon and beyond. Our attorneys’ invaluable and varied experience equip them to handle a variety of criminal defense needs, with a focus on cases that require serious sex crime defenses and measure 11 charges.

In the State of Oregon, special considerations arise due to the effects of Ballot Measure 11. The measure prohibits a judge from exercising discretion when a person pleads to or is found guilty of one of a dozen specific crimes. As a result plea negotiations take on new significance. Similarly, innocent people are faced with new challenges when deciding how to approach defending their case.

With more than six decades of experience in criminal law between the two of them, Valerie Wright and Patrick Flaherty will help you make the most informed decision regarding your case. They take pride in being extraordinary trial lawyers, and will fight for your defense not only armed with expertise and knowledge, but with dedication to your legal needs.

If you’ve been accused of committing a crime, remember, you have the right to remain silent. Even if no formal charges have yet been filed, don’t hesitate to give our law office a call. Feel free to contact us to learn more about how we can help you with your unique situation.

The Difference of Experienced Representation

Having an experienced attorney makes all of the difference in the world.  Under our system of justice, a person is presumed innocent of any crime unless or until the government proves the case against the person beyond a reasonable doubt.

When a person pleads “not guilty” they have a right to have an independent trier of fact determine their guilt or innocence. That trier of fact can either be a jury or a judge.

When a person opts to have the trier of fact be a jury, the jury will be instructed by the judge as to the law that is applicable to the charges.

Lawyers on both sides of the case have the opportunity to submit requested jury instructions to the court prior to the time that the court instructs the jury. There are sample instructions available to attorneys (Uniform Criminal Jury Instructions) and many lawyers use these as a beginning point in drafting their requested instructions. However, a lawyer may propose any instruction be given to the jury so long as it is a correct statement of the law.

Sometimes, after the jury deliberation process has started, the jury sends a note to the judge letting him or her know that they are having trouble reaching a verdict. Such a situation occurred in the trial of a woman in Washington County and led to an appeal. The decision of the Oregon Court of Appeals in State v. Garrett 292 Or App 860 (2018) was published on July 18, 2018 and examined the appropriateness of what is commonly referred to as a “deadlocked jury instruction”. The defendant (who was ultimately convicted by the jury) contended that the instruction that the court gave was coercive.

When the jury has indicated to the judge that they cannot reach a verdict they are often given an additional or supplemental instruction reminding them of their duty to decide the case and also encouraging them to remain open to other jurors’ opinions without abandoning their own opinions just for the sake of reaching a verdict. (That is what is commonly referred to as a “deadlocked jury instruction”.)

The instruction that the court gave to the jury in Garrett was determined, by the Court of Appeals, to have been appropriate and non-coercive. If you are interested in looking “behind the scenes” at the types of considerations that our appellate court takes into account when determining whether a “deadlocked jury instruction” is appropriate, you are invited to read the case, itself. It is attached for your reading enjoyment.

Ultimately, options such as custom jury instructions aren’t typically proposed by less experienced attorneys.  This profound example of work and commentary provided by Wright Van Handel’s own Valerie Wright demonstrates the difference an experienced attorney can make for you.  Contact us today to schedule your consultation so we might explore your goals and options together.

While the cases we take are not limited to these topics, we take a special interest in the following:

Contact us to learn more about how we can help you with your unique situation.

LET US HELP YOU

While our law office is located in Bend Oregon, we handle cases throughout Central Oregon (Deschutes, Jefferson, Crook, Klamath and Lake counties) and beyond. The varied, and invaluable, experience of our attorneys allows them to handle a variety of criminal law, family law and mediation cases.